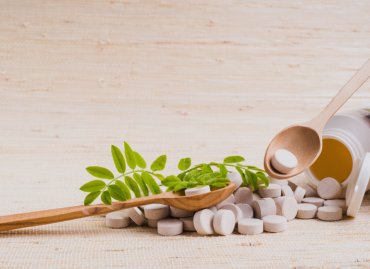 Phosphatidylcholine is, in essence, a molecule that constitutes a key element of the human cellular structure. This molecule can be found in each individual cell of the human body. As it is a primary component of the cell membrane, phosphatidylcholine inhabits every part of our anatomy. It is also one of the major components of the mixture of protein and fats that lines our lungs and allows us to breathe, usually known as the pulmonary surfactant.

The mucus that lines our stomach and protects our gut is also composed, to a great extent, of phosphatidylcholine. Additionally, this molecule enhances the levels of acetylcholine and choline in the brain, thus causing improved communication between the nerves of the body. The molecule also aids in the breaking down of fats, which leads to improved functioning of the liver.

Adequate phosphatidylcholine levels are also required for the production of low-density lipoprotein, which helps in the transportation of fat molecules. These are some of the reasons why one must endeavor to avoid the possibility of phosphatidylcholine deficiency. If such a deficiency is detected, however, the best course of action would be to opt for a high-quality phosphatidylcholine supplement manufactured by a trusted brand.

The Potential Consequences of Phosphatidylcholine Deficiency

According to experienced healthcare professionals, some studies have found that insufficient levels of phosphatidylcholine in the brain can be linked to the occurrence of Alzheimer’s disease.

In certain areas or parts of the brain, the absence of sufficient phosphatidylcholine levels has been associated with the incidence of schizophrenia and other related conditions.

Hepatic steatosis or fatty liver can often be a result of insufficient phosphatidylcholine levels in the patient’s liver. Such a deficiency can also lead to other types of liver damage.

Learning to Support the Mitochondria Intentionally

The Mitochondria is the energy source or the engine on the train that propels every cell in your body to do its job. Producing over 90% of the ATP in every cell is no small role. However, our Mitochondria is also responsible for other key processes including several forms of metabolism, immune responses, and even the maintenance of gut microbiome.