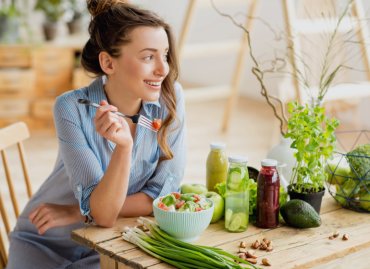 How can Vitamin D3 Essential Oil Help Us in Maintaining Optimum Health Condition?

Vitamin D, commonly known as the ‘sunshine vitamin’, has a number of positive effects on our health and wellbeing. Research has documented that vitamin D has a profound impact on bone health as well as the immune system. Thus, it plays a key role in maintaining general wellbeing and good health in individuals. The health benefits offered by Vitamin D are numerous and varied. It is one of the elements that have undergone extensive research, all of which points to the fact that the presence of Vitamin D is absolutely essential for the continued good health of a person.

One of the variants or subtypes of vitamin D, cholecalciferol is also referred to as vitamin D3. Vitamin D3 is essential for preventing and even treating bone and skeletal disorders such as osteomalacia and rickets. It is known to help strengthen the bones of an individual, thus making them less vulnerable to fractures and saving them from becoming brittle. Vitamin D3 supplements are often used to treat disorders such as pseudohypoparathyroidism and familial hypophosphatemia. Vitamin D3 supplements can also be prescribed by a physician to patients suffering from some forms of kidney disease.

The best vitamin D3 essential oils are made from cholecalciferol that has been derived largely from lanolin. A liquid base of purified water and sunflower oil is also used to manufacture most vitamin D3 liquids. A high quality vitamin D3 essential oil, manufactured by a trusted and reputed brand, will help enhance and stabilize the immune system, dental health, bone strength, cell differentiation, neurological robustness, and cognitive health.